The postwar period has seen multiple organisations, governments and professions heading in non-sustainable, unhealthy directions – a trend that needs reversing with a sense of urgency, and through multidisciplinary collaboration. This, argued Healthy City Design keynote speaker Dan Burden, director of innovation and inspiration at Blue Zones,can only happen when a new, united approach is applied to city making.

Urban growth is both good and bad, said Burden: good for minimising human impacts if done right; bad if we continue our current car-centric practices. Modernism, he suggested, was responsible for much of the damage, with urban designers encouraged to build transportation through communities, instead of communities through transportation.

Cities laid out for cars foul our air, water, deplete land resources, breed crime, isolate us, and damage our physical, emotional, mental and even spiritual health, he added. Today, a third of city surfaces are blackened with asphalt, producing massive heat sinks that raise urban air temperatures, impacting water quality, and pumping tons of carbon dioxide into the air on a daily basis.

“What if economics is not based around the car?” asked Burden. “What if it was based around the human. We could build a stronger economy, much greater health, and work at a much quicker pace towards sustainable life on the planet.”

Where people live the longest
Healthy cities, he argued, call for returning the urban environment to people-centric, green, habitable, natural, placemaking mixing bowls that induce human health. Can we take the principles of city making, restore historic patterns of civilisation, and bring back active living and active transportation to achieve a more sustainable world?

Among the shared traits of these communities, they all create an environment where daily physical activity is unavoidable. Those living in these communities often enjoy a positive outlook, where they understand their purpose in life, work fewer hours, and live at a slow pace. Eating well is another feature, involving: eating until 80-per-cent full, eating more vegetables and less meat, and drinking a glass of red wine each day. And a sense of belonging is also common, with people living in these places enjoying a healthy social network, close ties to family, and a connection with faith and religion.

Burden explained how a Blue Zones project typically takes between three to five years, and travels through four stages: analysis or assessment – where an understanding of the current environments is developed; strategy formulation – where high-level strategy is developed and a strategic plan documented; strategy implementation – where the high-level plan is translated into more operational planning and action items; and evaluation of progress – where ongoing refinement and evaluation of outcomes occur.

One of the organisation’s first projects took place in Albert Lea, Minnesota, which adopted a safety-first approach using roundabouts. The state’s transport department wanted to perform a low-cost pavement overlay to the town’s Main Street, but the community and city officials insisted they wanted three unnecessary lanes removed to help convert the area into a walkable, bike- and retail-friendly place. By building a safer road in the heart of the town, traffic crashes have plunged by 78 per cent, and the state transport department now brings city leaders to the town to promote safer, more efficient, people-focused roads. Tied in with this, Albert Lea’s city workers’ healthcare costs have dropped by about 49 per cent.

“In every community we work in, the community picks the tools that they’re ready for,” said Burden. “We advise them and give them knowledge before they pick them, but the point is they have to take ownership for them.” 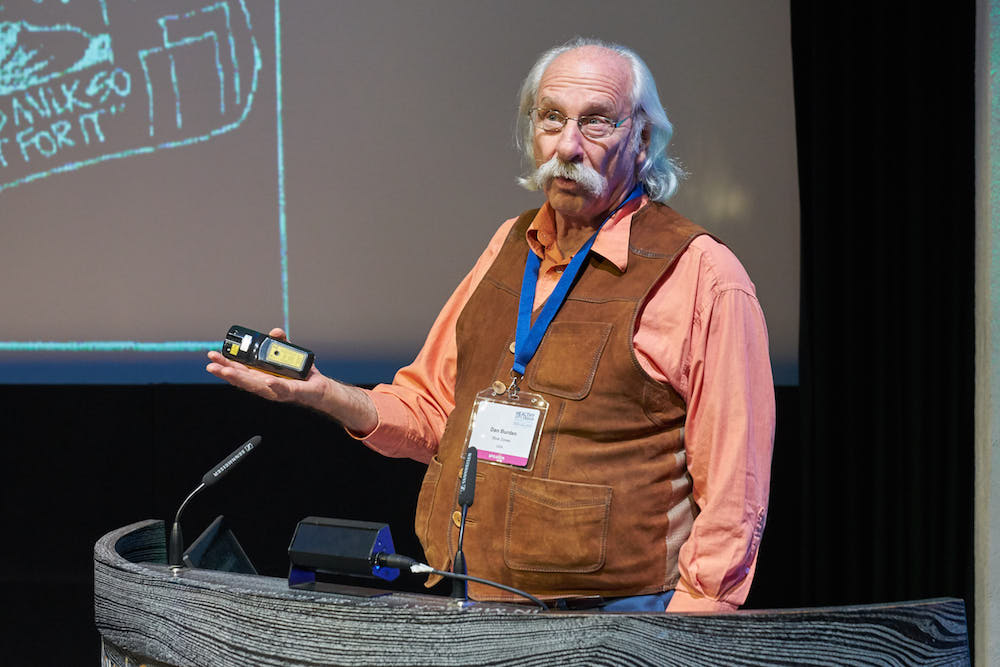 Burden talked, too, about the life radius for community building – the idea that the more places that we have in or near our neighbourhoods that we can walk or bike to, the lighter and healthier we become. Proximity to a park, your child’s school, retail stores, your workplace, the local library, and a worship centre are important for a healthy, sustainable life radius. This density can also be beneficial for the planet. Buildings and transportation together account for about 70 per cent of energy use in the United States and about 62 per cent of US greenhouse gas emissions. Housing type and location, along with energy-use features of homes and vehicles, all have an important role to play in achieving greater energy efficiency.

One programme that attempts to implement some of these lessons is Pavements to Parks in Seattle. These projects create new temporary public spaces by reallocating underused street space for pedestrian-oriented uses.

“They remove the automobile presence and leave it on the ground for a year,” said Burden. “If the community feels that it’s something that is going to add pleasure to the neighbourhood, then they go in and turn it into a park and recreation area.”

From strips to clusters

Pushing back against the linear strip format of town planning and commercial development built around vehicle travel, a new urbanism movement is starting to cluster development, helping convert places into more sustainable and walkable mixed-use villages. Burden highlighted the example of the Winter Park Mall, in Orlando, Florida. Built in 1962 on 32 acres, the mall was failing by the mid-1990s, owing to the emergence of a larger, regional mall in a nearby town. Dover-Kohl Associates was asked to put “lipstick on the pig” so the mall could better compete, but the design team suggested it should be pulled down, with a few key buildings saved, and the area repurposed as a village. This new village is now outperforming the new regional mall, said Burden.

“If we continue to want to only measure how well we do by moving cars or vehicles, that’s what we’ll end up building more of,” he added. “We need new measures that measure quality of life, children getting to school, how much green space we have, etc.”

He concluded with a call to arms, urging the audience to embrace their role as “custodian of the past and builder of the future”.

“This calls for a unique blend of an observer, problem solver, and change agent,” he declared. “You’re also a networker, a coalition builder, and a champion. Make a difference.”

Organised by SALUS Global Knowledge Exchange in collaboration with The Helen Hamlyn Centre for Design, Royal College of Art, the Healthy City Design 2020 International Congress & Exhibition will be held virtually from 30 November - 3 December, 2020.